The history of Corn began 9000 years ago in Mexico, in the « Rio Balsas » valley, within the « Sierra Madre del Sur ». 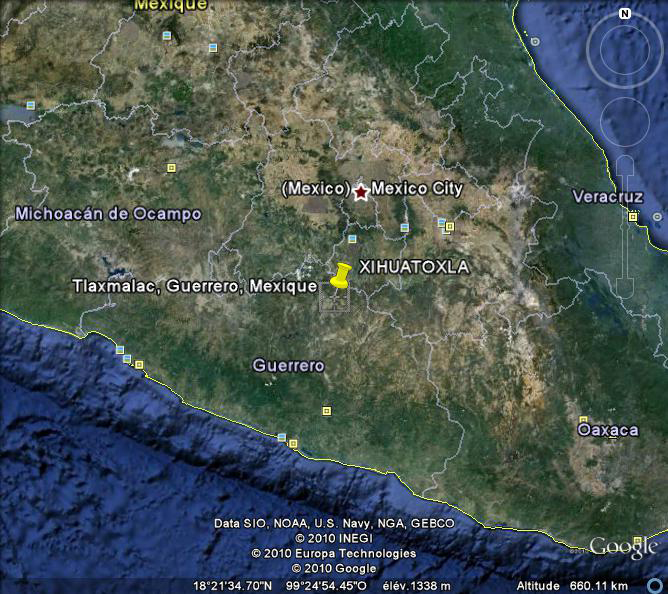 At that time the hunter gatherers would eat the small kernels of a wild plant that we call Teosinte.

Through the centuries they  modified this plant to make the maize which eventually became  the basic food of all the native Central American civilizations : Toltecs, Olmecs, Mayas, Aztecs, Chimus, Nazcas, Incas. 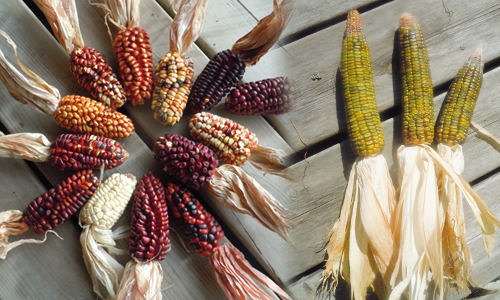 The native farmers demonstrated  extraordinary creativity to adapt the maize to their migrations : from the highlands of Mexico to the Andes, theYucatan lowlands, the Caribbean and much later the temperate plains of North and South America.

When Europeans arrived in the Americas, they found maize adapted to all climates from Canada to Argentina and diversified into flint or floury, sweet, popping, white, yellow, blue, red etc.

The adaptation to Europe, Africa and Asia was consequently easily facilitated. Our farmers replaced part of their ancestral cereals by this more productive newcomer. Applying the very simple method of « mass selection », they created thousands of varieties adapted to their climate and food habits. These became the French « landraces » or « populations » that Pro-Maïs and INRA breeders have carefully preserved. 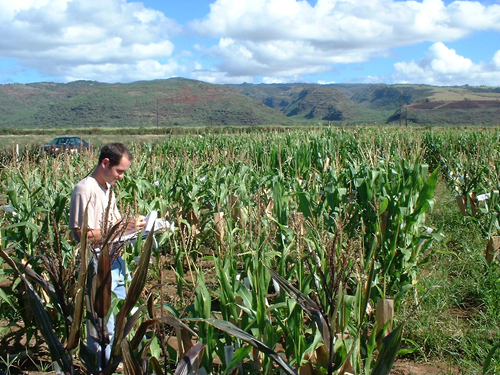 Maize breeding started in the USA during the nineteenth century with the creation by farmers of improved populations, the « Corn Belt dents ».

They did not succeed to improve the yield of the crop. The « F1 hybrid » revolution, allowed by the scientific discoveries of Mendel and Darwin,  later enabled a greater potential of this plant.

In France, since 1950, the acreage and the yield of maize have been multiplied by 8 !

Maize now covers 160 millions hectares in the world. Even if it is number three in acreage behind wheat and rice, it is by far number one in production with close to one billion metric tons produced, thanks to its average world yield of more than 5 t/Ha.

Other useful websites exist on this topic :